After a student was told that Dalit women have a constitutionally protected act in workplaces and anybody choosing to attack such women teachers with an intention to malign them professionally would be reported to the cops; the light left his face, he touched his hair just so he could do something with his hands and his eyes grew small with fear.

He may have gulped twice before leaving the room, shaking with rage. But he never bothered me after that. Even the smug way in which he passed by me in the corridor vanished. The gossip and the malice continued of course but the glint of fear I saw in his eyes that day remained.

The Savarna woman sitting next to me shrank in size. But she remained big in my head until I discovered Ambedkar.

There was continued debate whether that speech, the interference, as they saw it, was necessary. It was necessary. It helped – because in that moment, in that room, something shifted – without harming anyone. And I continue to be curious about how a simple reminder about the constitution can produce fear in someone who is extremely confident in assessing other people’s abilities.

I am amazed that the man who built the constitution that long ago was able to see so deep into our futures and know why even the ‘right’ kind of money, marriage, color, place would still be insufficient to live with dignity.

But how much of what happened in that room that day was triggered by my caste? Did they know I am Dalit? Does them not knowing it before they attacked make them innocent? Are they innocent? Am I making a big deal? Am I being a fraud by invoking caste in this narrative ‘suddenly’ ? —  were only some of the many questions I asked myself everyday. Until a much larger question arrived and my doubts were laid to rest. Why is it my burden to ask these questions and look for answers?

It is their burden.

How do people live castelessly though? Is that possible?

I find it fascinating that some people can walk the earth as if they don’t need anybody. As if they’ve never needed anybody. It’s probably why I loved Piku, that 2015 film. I loved watching her. I loved that she was able to just walk away from conversations and men that she wasn’t interested in. She didn’t spend time impressing anyone. She didn’t wonder if anybody liked her, and even if she did – she definitely didn’t run around making compromises in her life to accommodate them.

Where does she get the strength from though? It wasn’t all because of her overbearing father no? I am not questioning it, I am celebrating it. And today I am still celebrating it while also being acutely, painfully aware of an answer to why she might be the way she is: Caste.

Caste teaches us not only how to walk but also what to walk away from. The strength that men and women perform onscreen and off, that I adore from the very core of my heart gains power from caste.

Balamma from Gogu Shyamala’s stories walks that way too. She has to. Because like her, there are many who don’t have access to the PoA act even though it was made for them. And the villains in their lives are real, unlike those in mine who, at the mere mention of Ambedkar and Constitution, vanish like the memory of a loose underwear. 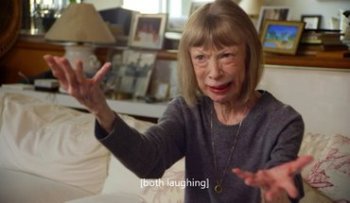 My foot is now breathing in a tub of hot water. Barely two weeks ago, I was lying in bed, my foot hoisted up on pillows – the left leg waiting to erupt from layers of dead skin – all chafed and dry. I was almost sad to see the plaster go. I’d begun to enjoy peeling bits of skin from wherever my hands could reach. They’d gather in heaps of smiling flakes as I grew hungrier for more.

Amma changed the sheets and pillow covers once a week – on the day she’d give me a bath. The flakes would then scatter themselves across the room meaninglessly, like dust.

She insisted on giving me a bath twice a week but it was too much work so I convinced her that once a week was more than enough. I put shame and nakedness through various measurements and with every passing day, I began to fear it lesser and lesser. It began on the day of the fall – the very first day when Amma had to cut open the jeans I was wearing, which was anyway torn from below the knee to make room for the horrid white plaster.

There was no sense to the pause my body offered before taking my clothes off in front of her. She was quick to notice the scars on my body that’d faded over the years. One from the time I dumped hot chai point chai on my stomach, another from the time the hot parachute bottle melted from under my palms and burnt a good part of my thigh (don’t microwave parachute oil bottles)

As I chanted the history behind each scar, she shampooed my hair. And when she poured green hot water down my back, she looked more relieved than I was — scrubbing my back with all the energy she had – almost as if offering compensation for the loud dry zone which was my plastered foot, sitting smugly inside 2 dustbin bags.

In my mind, I observed that this was the closest she’d come to giving me the balanteero bath that they give to pregnant women. She has dreamed of giving me those baths even more than wanting grandchildren.

Days dissolved into watching reruns of women taking Karan Johar’s ass on his show and rewinding all the Eli Gold and Elizabeth Tascioni moments on The Good Wife. When I felt like writing and couldn’t, I sought Joan Didion.

I sped through The Year of Magical Thinking with an obsession to grow old like Didion. One December morning, her daughter was hospitalized. After spending a day in and out of the ICU – Didion and her husband returned home, unsure if they would see their daughter alive the next day. They sat down for dinner and her husband collapsed on the table with a heart attack, and died.

From that point on, my little fracture grief  became laughably manageable. It was ok that I could only listen to the rain and not watch it. It made me wonder if I’d ever really listened to rain and not just watched it – which is not too different from a grunt acknowledgement. After all what is rain without its sound?

In the two months I spent at home, there were two evenings whose colors belonged in a painting. From my dining table, I watched the Bangalore sky glowing furiously and pleasantly – or somewhere between the two which – as I have come to realise – is something that only Bangalore sky is capable of (As D would say)

Its orange was pleasant, but its force was furious. It came in shocks of rectangle and threw itself on the table, lingering there for a while before slowly fading.

A friend mentioned Frida one day and I spent the entire day in bed feeling grateful. It’s the one film that I have watched over and over again in the last two months.

The plaster was still on when I was told to walk without support. I cringed. With every half step I took, I expected to hear the crunch of bones and iron. I am now a firm believer of right time. Sometimes it is just not the right time to watch certain films. It’s probably why I had never watched Kill Bill and now was the time to watch it. Moments after Kill Bill Vol: 2, I took my first step with no support and walked on feeling proud as fuck even as I was imagining the Kill Bill Ironside Siren Sound playing somewhere.

Reading Cheryl Strayed and Rebecca Solnit made me think about walking a lot more intensely than that fucker Proust. And now I cannot wait to listen to the sound of my walk.

Those were my strong moments. In my most vulnerable moments, I thought about my astrologer aunt who had warned me about this accident months before I fell. She has predicted all my accidents so far. My resistance was weak and I was going to succumb to the haze of stars and shani, rahu and ketu and whatever when I suddenly remembered Jackie Chan.

I discovered that the man has had 14 major injuries in his life including a brain surgery and an eyebrow bone fracture that almost left him blind. He has slipped into a coma from hitting his head trying to jump off trees, leapt through a real window instead of a fake one, survived a Cervical spine damage from falling from a 25 meter clock tower and has had Pelvis dislocation almost causing partial paralysis. If this man had to listen to my aunty astrologer, he’d have had to quit doing what he loves long ago. Where the fuck is the place for Rahu kala Shani kala in Jackie Chan’s life?

Thanks to Joan & Jackie, I am writing from the other side with whatever little is left of my dignity.

Mouma left today and I spent the entire day feeling afraid. I have been avoiding writing.  Not that I was ever writing like a mofo. But I am more afraid of writing now than I ever was. Maybe because I am afraid of writing That Story –  the only story I have ever cared about. It doesn’t make sense to put so much pressure on one story. But if I am going to do it – I might as well just shut up and do it.

I am afraid it won’t be pretty – that its words won’t be beautiful like I want them to be. But after struggling with myself for what seems like a month – I have finally decided to give in. It doesn’t have to be beautiful. It just needs to be written.

Found this by accident today and it has made me see whom I am writing for.

Events from the last two days have made the audience in my head clearer. These tweets by Christina , Mimi, and Darde have made me rethink a lot of things about my people, my world and the annoying Savarna reader in my head whose shadow I seem to be living in. I should probably kill her and start writing. Mouma would do that. Even though the only thing she wants right now is for me to be married – _ –

This resting period taught me some interesting things –  I had to learn how to walk all over again. My first step post – surgery was a monumental one. I had been panicking – wondering if I could ever walk normally again. But all I had to do was take it slow – one step at a time. Now, if only I can do that with my writing then all will be well.